The Value of GPOs: Truth Or Myth?

This article was written by Lisa Miller.

The value of GPOs – is it a truth or a myth?

After labor expenses, supply costs are the second highest level of expenditure facing hospitals – and they have been rising relentlessly over the last decade. On average, they comprise 15% of a hospital’s total overall costs but that figure can reach 30-40% in surgery intensive hospitals. By 2020, it is now predicted that supply chain costs will overtake labor expenses as the number one cost in healthcare. Hospital survival will increasingly depend on effective supply chain management.

Negotiating cost-effective supply agreements has historically been a challenge for many healthcare organizations. Most are not robust enough to purchase sufficient volume to secure discounts from vendors and manufacturers in isolation. Ultimately, they pay excessive prices for supplies that are essential to their very existence.

GPOs (Group Purchasing Organizations) play a major role in the supply chain of the US healthcare industry – and the level of their non-labor costs. Click To Tweet
According to the Healthcare Supply Chain Association (HSCA), GPOs exist to help ‘… healthcare providers….to realize savings and efficiencies.’ This is achieved by using their leverage to negotiate discounts with manufacturers and other vendors. Today, there are 633 GPOs in the US and Canada and over 12,000 members within those GPOs.

Dissenting voices, my own among them, have contributed to the debate over whether this system of purchasing does in fact save hospitals money or is ultimately contributing to rising healthcare costs. Three key arguments in favor of GPOs are that they reduce costs, increase competition and drive transparency. But in almost two decades as the founder of VIE Healthcare®, I see growing evidence to challenge those claims.

GPOs: A Cause For Concern?

In October 2014 the GAO delivered a report to Congress on GPOs, entitled The Funding Structure Has Potential Implications for Medicare Costs. This report provided a starting point for the US government to examine GPOs more closely and evaluate the potentially negative impact they have on healthcare costs. But in the last four years, the situation doesn’t appear to have changed.
From my observations, GPOs are often shrouded in secrecy, yet a glimpse into their world reveals major hidden issues. I’ve explored some of my concerns – and those of others – below:

An article in the Wall Street Journal in May 2018 Where Does the Law Against Kickbacks Not Apply? Your Hospital highlighted the conflict of interest and secrecy surrounding GPOs. In a market dominated by four giant GPOs, it emphasizes just how difficult it is for other new and often more innovative companies to break through.
Notably, Amazon Business, which originally intended to expand its client base to include larger hospitals and health systems, withdrew from the healthcare supply market in April, in part due to the barriers imposed by the relationships between hospitals and GPOs.

Furthermore, GPOs use just three major distributors which in turn pay fees to GPOs and are entitled to manufacturers’ rebates on contract products. As smaller suppliers cannot access these rebates they are effectively excluded from the entire market. The article suggests that higher costs and supply breakdowns are the ‘inevitable’ consequences of these arrangements, an argument which I agree with.

GPOs: The Cause of Drug Shortages?

Back in 2015, GPO kickbacks and anti-competitive practices were identified as the cause behind generic drug shortages, as it was noted they were in control of over $300 billion in drugs and supplies for around 5,000 hospitals. That situation has not improved. In many cases, hospitals continue to experience a shortage of saline. Other drug supplies affected by the purchasing power of GPOs include anesthetics, painkillers and IV fluids for oral rehydration.

The Power and Influence of GPOs

GPOs weren’t originally intended to operate in this way. The first healthcare GPO was established in New York in 1910 when hospitals collaborated in an attempt to reduce the cost of laundry services. Many decades later, in the 1980s, GPOs were given a ‘safe harbor’ by Congress, which allowed them to take kickbacks from suppliers.

Today, GPOs wield what appears to be immense financial and political power. Writing in the Summer 2018 edition of the Journal of the Association of American Physicians and Surgeons, Marilyn M. Singleton, MD, JD observes that GPOs don’t always choose the products that are best for their customers or patients and calls for their ‘safe harbor’ status to be reconsidered. This is unlikely to be achieved due to the extent of lobbying in Congress. Premier Inc alone spent a total of $1.79m on lobbying in 2017. This lack of transparency and federal oversight allows the practice of kickbacks to continue unmonitored, leading to higher spending for Medicare and fueling the spiraling cost of healthcare.

A further concern arises from the fact that Medicare may be paying rates based on inaccurate data. The annual update of Medicare payment rates to hospitals relies, in part, on information that hospitals report to the Centers for Medicare and Medicaid Services (CMS), an agency in the Department of Health and Human Services (HHS). According to the most recent records, the last review of this report was carried out in 2005.

Although all hospitals are required to report GPO kickbacks to the CMS, there is no data verifying that this information was, in fact, provided to the department on a regular basis since 2005. The most current report may therefore be inaccurate.

Medicare payment rates may be affected over time based on inaccurate data in the annual update to hospital payment rates, which relies, in part, on information that hospitals report to the Centers for

Medicare & Medicaid Services (CMS)—an agency in the Department of Health and Human Services (HHS). Hospitals are required to report all GPO kickbacks to the CMS as reduction activity, but an accurate report of GPO kickbacks is difficult to determine if the last review of this report was done in 2005. Medicare might be paying rates based on inaccurate data.

Is There An Alternative to GPOs?

Ideally, a healthcare system should focus on the needs of the patient and broader society over corporate gain. The current system appears to be failing to achieve that aim. Click To Tweet

While GPOs negotiate contracts with manufacturers, vendors, and distributors, hospitals typically maintain the ability to make purchases outside of the GPO contracts but negotiating in isolation is difficult, as prices are likely to rise. For hospitals considering working with GPOs, resources and guidance on negotiating concessions before entering into an agreement are also available.

Singleton also suggests that the mood is changing and offers evidence of a shift in the market:

Amazon also remains serious about disrupting healthcare supply chains. In July 2018, its acquisition of pharma startup PillPack was announced, sending shockwaves through the market – but it is in its very early days.

At VIE Healthcare® we work with healthcare organizations to identify areas for cost savings in non-labor spend with our unique Invoice ROI™ Purchased Services Technology. Since 1999, we have saved hospitals millions of dollars by utilizing data analytics to find cost-saving opportunities in every invoice line item. Our team of experts dig deeper than the average AP spend and compare market pricing and market trends to identify where the opportunities lie for our clients.

Take our hospital cost assessment to better manage your hospital’s purchased services spend.
For a complimentary consultation, call our office today at 1-888-484-3332, Ext 500 or email us at [email protected]. 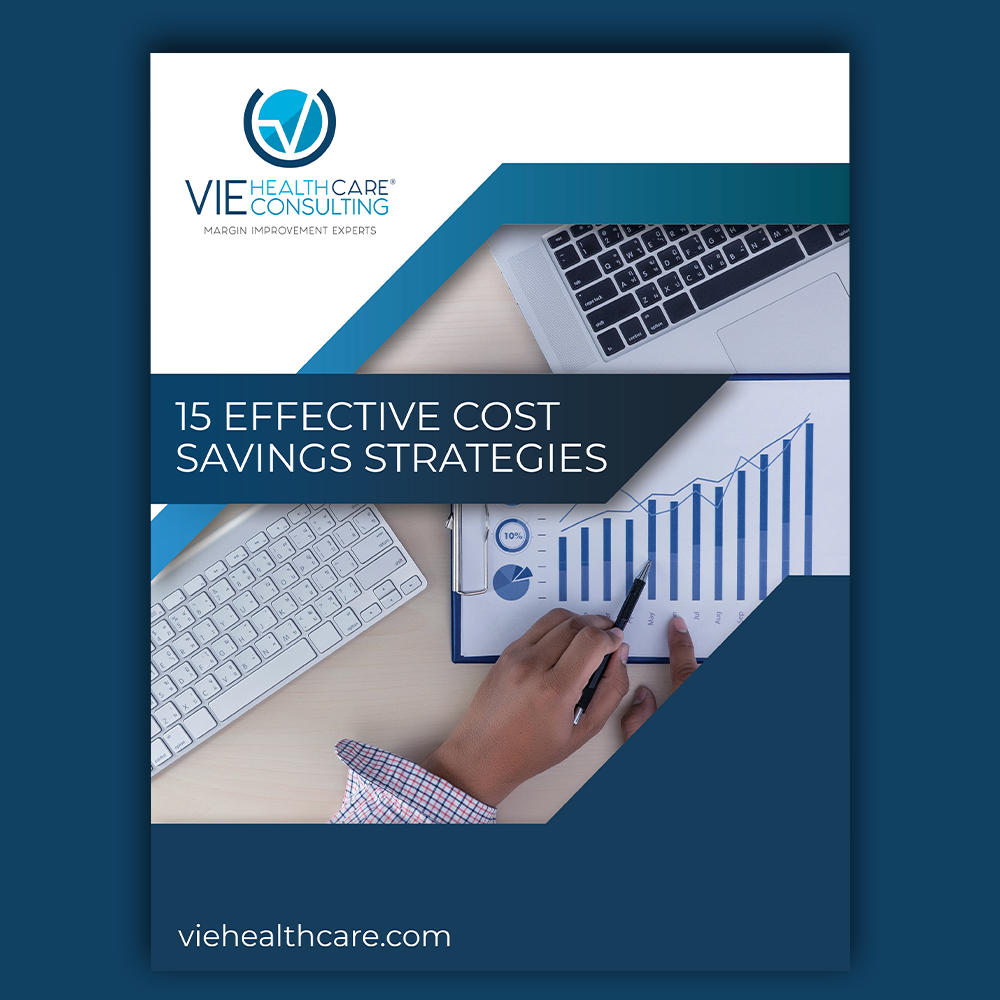 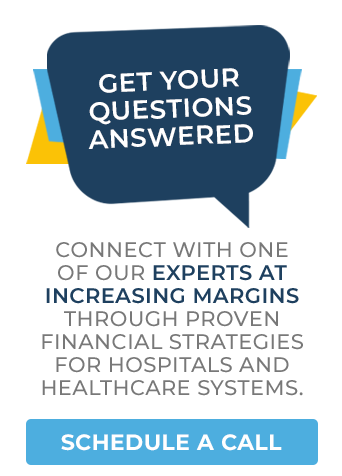 ~ We protect your information